IN THE NEWS: Amherst Food Co-op to host 3rd annual meeting on Sunday 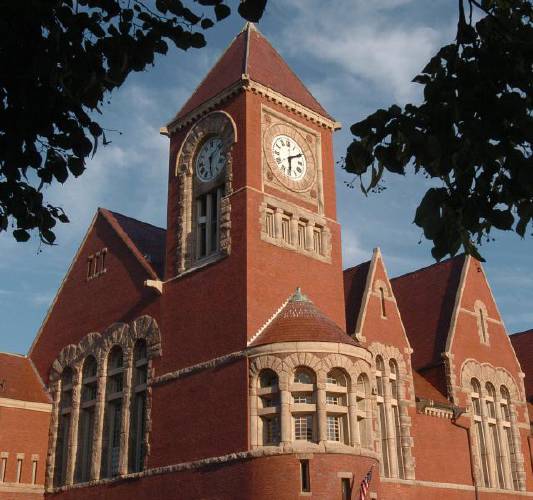 AMHERST — Organizers of the Amherst Food Co-op will make important announcements on the direction of the startup project at their third annual member-owner meeting this Sunday.

The meeting take place at the Hitchcock Center for the Environment from 3 to 5 p.m. at 845 West St. The meeting is open to the public and organizers will introduce a newly elected director to its 430 members, as well as provide updates and announce future plans.

Longtime Amherst resident and licensed nutritionist Arleen Thomson was recently elected to the board of directors. Co-op co-president Alex Kent said he encourages people to run for a seat on the board as there will be two vacancies after the meeting.

Additionally, keynote speaker, Bonnie Hudspeth of the Neighboring Food Co-op Association, will deliver an “energizing” presentation on volunteer participation and explain why it can take a long time to open a co-op.

“We will be making an important statement on redirectioning and revisioning,” Kent said. “We are in the process, I can’t share the details, but our goal remains to be a full-service co-op grocery store, owned by community members and owners of the store. That remains clear.”

The announcement in part will have to do with the co-op’s vision of becoming a hub of the community by providing a community space. Kent said fellow co-president Ju Pong Lin will emphasize the goal of making the co-op into a place where people will have “access to each other,” can do their shopping, eat and hang out in a cafe environment.

Kent also said they want to hear about people’s wants and needs. In the future, they are planning on hosting listening sessions with downtown businesses, organizations and low-income sites to learn what people would want from a new community space.

At the meeting on Sunday, participants will be given the opportunity to form listening circles and talk about how food is important to them and how it connects them to the community.

“The focus is more on the co-op’s place in the community rather than its place as a grocery store,” Kent said.

There is already a lot of competition established in the Hadley and Amherst area, he said, with many of these stores, such as Atkins Farms, Whole Foods, and Maple Farm Foods, offering the sorts of foods that co-ops have historically offered.

“That’s a competitive market,” he said.

Even in the midst of abundant healthy food available at traditional grocery stores, due to high pricing, there are still members of the community that do not have full access to those healthy options. Part of the mission, Kent said, is to expand access to healthy food for the whole community.

“With retail grocery stores there can be anywhere between 1 to 3 percent profit, that’s razor thin profit margins,” Kent said. “We realize that there is a really important aspect of food and social justice that the co-op is focusing on.”

A pay-it-forward program where member-owners would agree on a small surcharge on their groceries would help subsidize shopping for those with financial need, according to Kent.

This means a surcharge of 3 percent on $50 worth of groceries would be $1.50 to help subsidize the price for someone else. Both accepting the surcharge and accepting the subsidy would be on a volunteer basis. An online survey conducted by the co-op showed 87 of member-owners were in favor of the program.

“We are planning to give a preview of what we are thinking of,” Kent said of Sunday’s meeting.

Luis Fieldman can be reached at lfieldman@gazettenet.com