Along with “Where’s the co-op going to be?”, this is by far the most frequently asked question. When asked by someone who is not already a member-owner, I’m tempted to answer, “You’ll find out when you join!” I refrain from saying that in the name of keeping a tight leash on my inner snark, but more importantly, because it is a legitimate question. People are used to seeing an article in the newspaper, “X Corporation Plans to Open New Supermarket on Y St.”, et voilà, before you know it a new store is up and running.

The fact is, the “X Corporation” probably has access to a lot more capital than the Amherst Food Co-op, or most other co-ops for that matter. Starting a community-based cooperative enterprise takes both big dreams and big money. No money, and the dream just remains a dream. The Co-op will open when we have the funds to build the dream.

In the space of just one and a half days, JuPong Lin and I attended a lot of workshops at the March Up & Coming conference in Milwaukee. I’ll be the first to admit that I am not much of a “business head,” so I had to summon up some courage to sit in on the member loan campaign session led by Cutting Edge Capital’s Kim Arnone (https://www.cuttingedgecapital.com/).

Right now, the Amherst Food Co-op (AFC) is in the “grow” phase of our startup process. That means that members of the community are investing $175 to buy a share of the cooperative. As of right now, AFC has nearly 400 member-owners. Our goal for this year is 700-800 member-owners. This is an ambitious, but highly attainable goal. And it’s also going to take everyone who supports the project to contribute to achieving it.

Kim’s presentation was important because she explained what typically happens once a co-op has sufficient community buy-in. For AFC, that means the 700~800 member-owner level. The question then becomes, “Are we ready for a capital raise?” Kim explained that for that to happen, a co-op must have a solid, well-understood mission and vision in place. AFC’s mission and vision are evolving as we continue to listen to more voices in our community, especially the voices of those with lower incomes and the marginalized members of the community whom this cooperative is dedicated to serving.

At the same time, we need to have a solid revenue-generating business plan. That plan is currently being developed. Mostly that means selling lots of delicious, wholesome, local, and fairly-traded food. It is a plan that will also include voluntary and autonomous ways to share some of the wealth of this community. The goal is to make the Co-op truly inclusive and economically accessible to all members of the community. And we need to a solid social network to support community investment.

Here’s where it gets technical.

This last requirement translates once again to having enough member-owners, for example, the 700-800 member-owner goal we are striving for — an ideal investor pool. You see, a cooperative must raise capital from its member-owners precisely because cooperatives are usually so undercapitalized. In fact, the owners’ contribution to build a new co-op market should be at least 30% of the total project cost. (See a related article in Cooperative Grocer). That means that if the total cost of building the new Amherst Food Co-op is going to be $3,000,000 (not an unreasonable estimate), we will need to raise $1,000,000 from member-owners. That’s 1 million bucks’ worth of “skin in the game.” Then — and only then — will primary lenders (banks, funds that support cooperative development, etc.) talk to us about lending the rest of the money to build.

This what’s going to happen: over the course of the next 9 months, the Amherst Food Co-op Board of Directors along with the Business Planning/Site Selection Team will be laying the groundwork for a member loan campaign, which we are planning to launch next spring. In the campaign, we will be reaching out to every single member-owner and inviting them to lend money to the co-op. A minimum loan amount will be set, probably on the order of $1,000~$1,500. Interest rates will be negotiated with each member-owner (probably with a ceiling of 5%-6%). Our goal will be an average loan of about $3,000. The loans — interest and accrued principal — will be repaid at maturity. Maturity dates will likely be spread over 4, 5, and 6 years (to avoid having to repay all member loans at the same time).

One more important thing: member-owners who lend money to the Co-op will need to understand that these loans are unsecured and subordinated. This means that member-owner lenders will not be the first to get repaid should the Co-op for some reason not succeed. The banks are always first in line. There is a certain amount of risk associated with these loans. But member-owners should also realize that the very fact that they are lending the Co-op, and that many other members of the community are doing the same, means that the Co-op has a tremendous base of support built into it from the beginning. All those people who have bought shares in the Co-op, and especially those who have lent significant sums of money to the Co-op, are highly likely to shop at the store, to support it in other ways, and to ensure that it succeeds.

Whew! I know that’s a lot to take in. But it’s important for people to understand what is involved in building a community-owned cooperative business: A chain store is owned by investors who have no usually have no ties to or interest in our community. In contrast, the Amherst Food Co-op gives people in our community the opportunity to have a meaningful stake — including a financial stake — in a business that is wholly owned by and answerable to the community it serves. 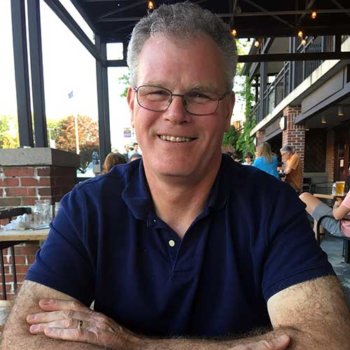 Previous Post
Here We Grow — by Felicia Sevene
Next Post
Everyone Welcome? Examining Race and Food Co-ops — by Patricia Cumbie and Jade Barker